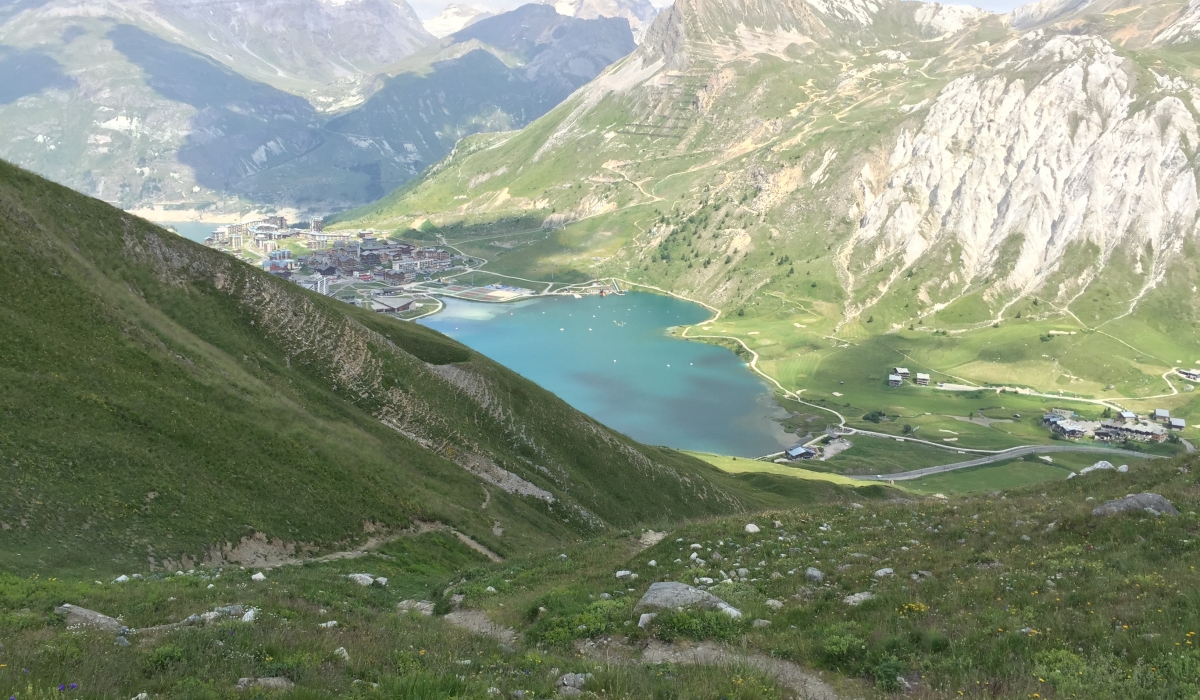 Tovière tuffs are well known in Tignes and one of the most famous geological feature in this village. Tuffs is not the right geological name to describe these rocks but the popular name. The rocks of this range are gypsum and dolomite. This layer was formed during triassic period (-250 million years) when the earth was flat with only one continent The weather was hot and dry with no more ice on the poles. This layer was the bottom of an old shallow ocean.

Gypsum is a sedimentary rock and hydrated calclium sulphate mineral (CaSO4). Gypsum is white and sugar shaped. Rain and frost erode easily this layer and produce distinctive formations : ravines and pinnacles. The two main erosion features with gypsum are : ravines and sinkholes.

Dolomite is a sedimentary rock too and its chemical formula is CaMg(CO3)2. Its color is most often gray and sometimes ocher Frost weathering do not affect this kind of rock but it is eroded by gypsum water to create a new kind of vacuolar rock called cargneule. Those cavities retain the earth and can help plants grow.